Share a memory
Obituary & Services
Tribute Wall
Read more about the life story of Neil and share your memory.

Born July 17 th , 1951 to Walter Newlin and Grace (Kwick) Keen, Neil grew up in Wilmington, Delaware, and graduated from Tower Hill School before attending Wesleyan University, where he received a BA in mathematics. It was at Wesleyan that Neil first learned to play the pipe organ, a passion which would guide him through his life. After a year spent working as a pipe organ technician, he attended the Hartt School of Music in Hartford, CT, where he met his future wife, Mary Bon, graduating with a B. Mus. in Organ Performance and Liturgical Music. Following a year’s study of organ playing and choral conducting in Oxford, England where he received the ARCM Diploma from the Royal College of Music, London, he matriculated at Yale University, graduating with a M. Mus. in Organ Performance. Neil and Mary were married October 30 th , 1976.

In 1980, Neil became Organist and Choirmaster at St Peter’s Episcopal Church, Albany, a job he did with great skill, energy, and generosity until his death. In his 42 years at St Peter’s, he brought the joy of music to countless members of the choir, church, and anyone who attended any of his hundreds of organ and choral concerts. He led the Choir of St. Peter's Church in performances of major choral works including Bach’s St Matthew and St. John Passions, Handel’s Messiah, Faure and Durufle Requiems and taught and mentored choristers young and old.

Under his leadership, the choir performed in Washington D.C., and Toronto, and completed  seven residencies at English, Welsh and Scottish Cathedrals, most recently at Chichester Cathedral in 2017. He loved all kinds of music, playing in his high school band, The Vagabonds, and conducting The Capitol Hill Choral Society and The Center City Chorale while at St. Peter’s. He had a special interest in organ improvisation, loved learning new music, and
had a keen interest in politics. He will be remembered as an outstanding organist, and for his kindness, optimism, gentle humor, and musicianship. He leaves behind a legacy of musical excellence and its true joy.

A Fellow of the American Guild of Organists, he was a past Dean, Scholarship Chair and Board member of the Eastern New York Chapter AGO. He performed widely as an organ recitalist, accompanist and duet recitalist with his wife. He also loved cars and spent many hours working on and restoring a 1963 Mini Cooper and a 1972 BMW.

In lieu of flowers, please consider a donation in memory of Neil to The St Peter’s Church Music Fund, The NYOH Community Cancer Foundation or the charity of your choice.

Funeral services will be held Saturday, September 3rd, 2022 at 11 AM at St. Peter’s Episcopal Church, 107 State St. Albany, NY. All are welcome.

To send flowers to the family or plant a tree in memory of Neil Kwick Keen, please visit our floral store. 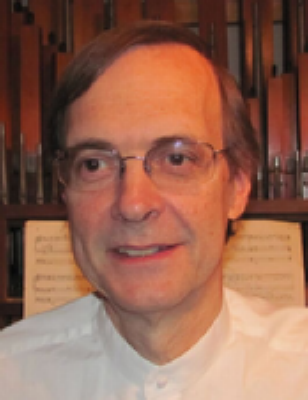