Share a memory
Obituary & Services
Tribute Wall
Read more about the life story of Jean and share your memory.

Nashville, TN - With respect for her example of peace and love for everyone, we announce the passing, December 3, 2022, of a dear family member and friend of many… Jean Margaret Wilcox Loucks, 90, of Nashville, Tennessee.  Jean was born in Troy, New York in 1932, the first of three children (Jean, Robert, and John) of the late John Howard Wilcox and Marguerite (Hubbard) Wilcox.   She was a child during the Great Depression and a teen during World War II, leading a simple but loving life.  Jean was an avid cyclist when bicycles had one gear and fat tires and explored many miles of country roads outside Troy.  She enjoyed occasional hikes and climbs with her brothers and friends.  Throughout her life she loved attending church on Sundays and singing in the church choir, first at Memorial Methodist Church in Troy and later at Dalewood Methodist Church in Nashville, Tennessee… a period that spanned nearly 70 years!

Her first marriage to John Legenbauer in the early 1950s resulted in a daughter, the late Jenny Lee Legenbauer in 1952.  In 1960 she married George E. Loucks of Troy and the couple soon moved to Nashville, Tennessee where George developed a successful office supply company, with Jean assisting with the business.  They lived happily together for some 40 years until George’s death in 2000 and produced a daughter, Laurie Louse Loucks in 1962.  Both George and Jean were faithful parishioners of the Dalewood Methodist Church during all those years.  Despite coping with the effects of a serious stroke in 2002, Jean set a remarkably positive example in her final twenty years.  Jean lived a longer life (nearly 91 years) than any other Wilcox/Loucks family member to date.

She is survived by her daughter, Laurie Louise Cockrell; a brother, John Wilcox; a grandson, Jonathan Cockrell;  a sister-in-law, Jean Wilcox and her daughter, Linda Wilcox, and son, Steven Wilcox.

Jean will be set to rest in Oakwood Cemetery in Troy, New York next to her husband and near the graves of her parents, grandparents, brother, and other relatives.

To send flowers to the family or plant a tree in memory of Jean Margaret (Wilcox) Loucks, please visit our floral store. 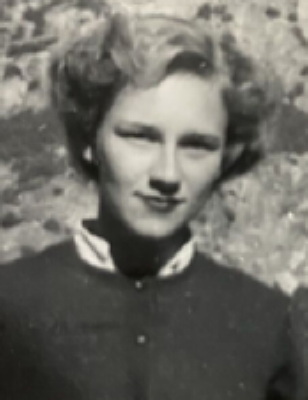 You can still show your support by sending flowers directly to the family, or by planting a memorial tree in the memory of Jean Margaret (Wilcox) Loucks
SHARE OBITUARY
© 2023 Bryce Funeral Home. All Rights Reserved. Funeral Home website by CFS & TA | Terms of Use | Privacy Policy | Accessibility