Share a memory
Obituary & Services
Tribute Wall
Read more about the life story of Antonio and share your memory.

Born in Cervinara Avellino, Italy on June 6, 1929, Antonio was the son of the late Giuseppe and Angela (Virginia Milanese) Moscatiello. After tragically losing his father during World War II, Antonio took pride in serving as a father figure to his three brothers and one sister; Carlo (Antonette) Moscatiello, Rachela (Giovanni) Pesce, Michele (Maria) Moscatiello and the late Luigi Moscatiello.

He also had many loving sister in-laws, brother in-laws, and a large extended family. On February 12, 1961, Antonio married the love of his life Amelia DiPalma in San Gennaro, Italy. Together they traveled to America aboard the S.S. Christopher Columbus, settling in Troy on August 21, 1961.

Shortly after, they started their beautiful family with daughters Virginia (Gary) Arbour, Silvia (Vincent) Edmonds and Gina (Charles) Slyer. Antonio was proud of the life he built for his wife and three daughters. He worked for many years as a shoemaker at the Quick Shoe Repair in Troy, NY. He was later employed at Ford Motor Company in Green Island, NY until retirement. Antonio’s greatest passion was taking care of his five grandchildren, Stephanie (Craig) Wilson, Vincent (Alyssa) Edmonds, Amelia (Stephanie Palmer) Arbour, Amanda (Jason) Tracey and Toni (Brandon) Goyer, who lovingly referred to him as “Papa.”

He also cherished every moment he spent with his six great grandchildren, Anthony, Vincent, Nicholas, Vivienne, Henry, and Madison. Antonio enjoyed taking long walks, gardening, making wine, reading, and spending time outside with his wife Amelia. His faith in the lord was always forefront in all that he did and what he treasured most was time spent with family. He enjoyed all of us gathering for holidays, celebrations and spending quality time together over Sunday lunch. Even in his last hours, he continued to express his love to us, “I love you all”. Antonio's family would like to extend heartfelt gratitude to all the loving friends and family that have supported him on this journey.

Funeral service will be held Thursday, January 12, 2023 at 9AM at the funeral home and at 9:30 AM at St. Anthony of Padua Church Troy where a  Mass of Christian Burial will be celebrated with  Rev. Richard Donovan OFM, Pastor, officiating.

Interment will be in  St. Mary's Cemetery Mausoleum Troy.

In lieu of flowers, contributions may be made in memory of Antonio Moscatiello to a charity of one’s choice .

To send flowers to the family or plant a tree in memory of Antonio Moscatiello, please visit our floral store. 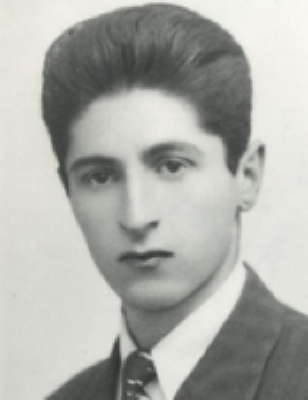